Pluralism and Tolerance in a Protestant Union

Posted on Monday, 15 September 2014 by Lue-Yee Tsang | Leave a comment 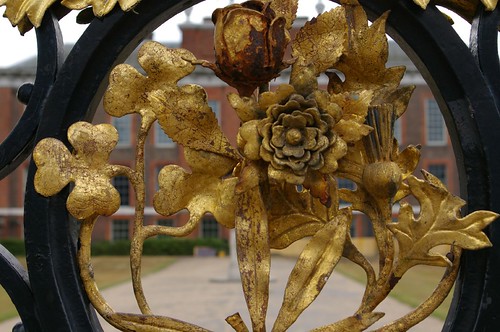 As Scotland prepares to vote to stay with the United Kingdom or to forsake it, my friend Andrew Carter has written a beautiful post praising what the Union represents and lamenting the gradual death of the country it holds together. The country so united, he says, has through the union of several cultural-linguistic groups become a place for the world, as broad as the great empire at whose head it once stood:

Because the Scots, English and Welsh have all had to make room for each other under the umbrella ‘British’, then there’s enough inherent flexibility in it for others to join in too. Migrants and their children and grandchildren from the Caribbean or the subcontinent aren’t asked to give up their separate identities at the door but, like everyone else in Britain, is invited to keep it and be British as well. Because I’m already English and British, it doesn’t matter if my neighbours want to be British and Pakistani: we’re both British and we both live on the same street.

Unlike France, say, Britain does not require that other loyalties and preferences be stript away. In Britain, one can be a Jew or a Gypsy and not be buried under a pile of nationalism. It is certainly true that Britain is comparatively very tolerant of foreigners and their practices, and that in time even what has been foreign becomes a feature of the native whole. The British monarchy itself – unlike that of France in this respect – has been subject to a great deal of rulers related by blood but new to the country. As I have written before, ‘Fais comme chez toi’ is a modus operandi foreign to France; but Britain, having taken William of Orange from the Netherlands, has later taken the house of Hanover and then the house of Saxe-Coburg and Gotha, the house (renamed Windsor) that reigns today. As part of the Protestant kindred, its ruling house gave its daughters to Protestant nations on the continent, and in return the British nation took foreign husbands, to be tended by foreign dynasties. Through the historical reality of dynastic marriage with continental rulers, the Protestant faith has made Britain a tolerant union, embracing in its fold a multitude of peoples under one king and his law.

This tolerance is older than the Act of Union 1707. When Louis XIV revoked the Edict of Nantes, many of the Huguenots who fled France went to Britain. Not surprisingly, they were able to prosper there. Under the Bishop of London, they spoke French in their ‘strangers’ churches’, not molested but rather supported by a bishop of high authority, not excluded but embraced within the fold of the Church of England. And this had been the case since the first Protestant refugees had arrived from the Reformed churches of the continent. The success of the Union between Scotland and England was only one step – albeit a major step – in the growth of a country whose constitution and identity could take in plurality.

The Toleration Act 1689 extended toleration to religious dissenters who would take the oaths of allegiance and of supremacy. As long as the doctrine of Rome kept her adherents from taking these oaths, they had no part in this toleration; but the Romanists would later make gains as the threat of Jacobite claims to the throne died down, and as the Bishop of Rome became readier from 1766 onward to acknowledge the Protestant line of the British succession.

Finally, in the nineteenth century, it was the true spirit of Protestantism that impelled a gradual emancipation of the Roman Catholics. Having needed under other conditions to protect itself by force from the domination of the Bishop of Rome, the Protestant faith had also made it plausible not only to tolerate the Romanists but even allow them a voice in the election of Parliament, provided that those who represented them in Parliament affirmed their own loyalty to the Hanoverian king and his heirs. So a relief act, passed in Ireland in 1793, enacted

that such parts of all oaths as are required to be taken by persons in order to qualify themselves for voting at elections for members to serve in parliament, as import to deny that the person taking the same is a papist or married to a papist, or educates his children in the popish religion, shall not hereafter be required to be taken by any voter, but shall be omitted by the person administering the same; and that it shall not be necessary, in order to entitle a papist, or person professing the popish or Roman Catholic religion to vote at an election of members to serve in parliament, that he should at, or previous to his voting, take the oaths of allegiance and abjuration….

After the Act of Union 1800, even Spencer Perceval, an Evangelical implacably opposed to new concessions to the Romanists, denied that his opposition was a matter fixed directly by principle: he wished ‘to be distinctly understood, that if there should be such an alteration in the affairs of the world, or in the nature of this religion itself … then, consistently with what I have done and am now doing, I may assent to the propriety of adopting some measure for the purpose of granting what the Catholics may then seek’. Though an alteration in the Romish religion was not to be, an alteration in the affairs of the world came with the fall of Napoleon a few years after Perceval’s death. In short, as the Roman Catholics became increasingly able to take peaceable part in the governing of the country, the prudential barriers to their participation fell; and so, through Protestant principles, they took more and more an active part in public affairs in the House of Commons and in high office.

For the Protestant religion, unlike the sects of Rome or Mecca, takes pluralism as an ideal and views the participation of religious dissenters as a matter of prudence. If dissenters are able and willing to uphold the constitution, and to do no harm to the religious settlement that makes it work, they can be everything but king or lord bishop. Scots Episcopalians, Irish Romanists, and Jewish Pharisees are all fully part of the British nation because the state has made its peace with them; some have suggested that the same is happening now with the Muslim communities. But, as Andrew has said, the secession or the effective withdrawal of Scotland from the Union spells the end of Britain as we know it, casting a shadow over the place of the South Asian Muslims (I think the notion of Pakistani Britons is a little imprecise unless we mean dual citizens such as Bp Michael Nazir-Ali). And especially if either a Yes vote or a No vote would leave rancour in Nationalist and Unionist hearts, with no confidence in the reality of Britain, and a God who is dead because we have killed him, then perhaps Britain will have died. But Britain has a special place in the world. I hope it lives.

This entry was posted in Uncategorized and tagged Act of Union 1707, Britain, Protestant religion, Scotland. Bookmark the permalink.