In the West Gallery

In Christian worship, the placement of music leaders before the rest of the people, especially if they face the people, has been the subject of much complaint. It is alleged that such positioning lends itself to worship taking the form and ethos of entertainment, and I agree. At least in America, with the cultural practices and expectations of America, entertainment worship has indeed become a prevailing feature of many evangelical churches. Following what is popular, they try to ape the hot ‘worship leaders’ of contemporary Christian music. For the average worshipper, some kind of experience is key; actually singing is optional.

Perhaps this kind of pragmatism is endemic to American revivalistic religion. So long as people ‘connect’ with it and ‘get something out of it’, what form things take is immaterial. Matter itself, however, is immaterial, because what matters is a certain set of sentiments toward a personal image of Jesus. As an Anglican, I recognize that many circumstances of worship are things indifferent (adiaphora) so long as the substance of the faith is kept entire; but this hyperadiaphorism goes far beyond any range of tolerance a classical Anglican would think good and necessary. Tolerance, after all, is finite: in the end, it serves a particular purpose, namely the growth of virtue. And it is in the interest of virtue that I think it right to insist that the tolerance has meaning only when it is directed toward what we do know of the worship of God. 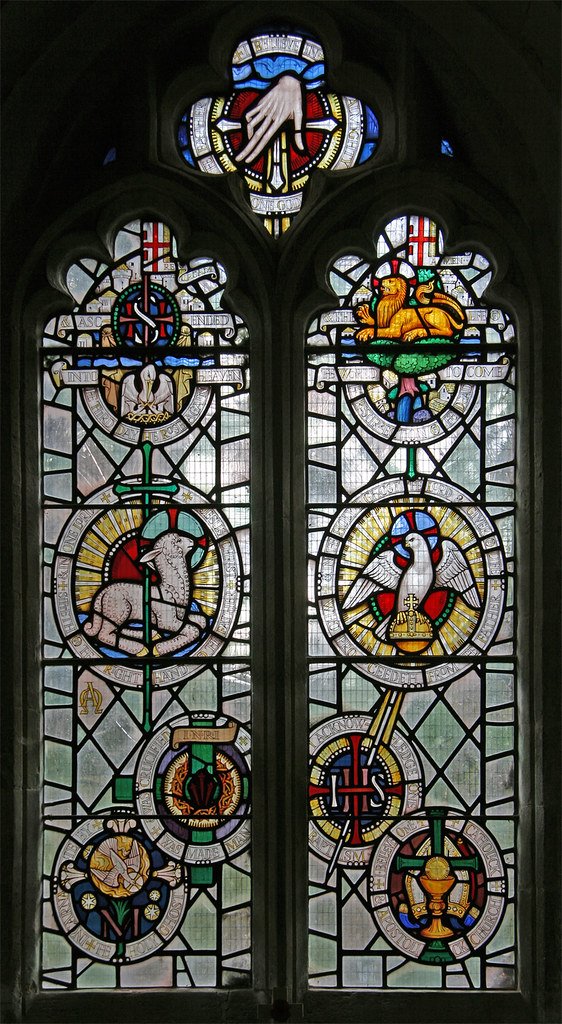 American Christians, when sane, will readily affirm that our religion is not about how we feel, because everyone knows feelings to be fleeting. But in practice the whole thing is made out to be about feelings; or, we may say, something about Christians’ formation is strongly, even fundamentally, undermining their ability to distinguish between their feelings and the Holy Ghost. However this happens, the formation of American evangelicals is failing to teach them to take up their priestly role and reducing piety in worship to some array of pleasant feelings – after all, Christians are supposed to like worship.

Christians are indeed meant to delight in worshipping God. Contrary to the usual interpretation, however, it is not worship that needs to change fundamentally to suit the worshipper, but it is the worshipper that needs to change fundamentally to be fit for godly worship. Emotions are very important, but not as Americans expect when they draw a line between reason and emotion, between the mind and the heart. Chinese virtue ethics takes a different approach. In the Confucian view of moral judgement – something most Christians recognize as important – emotional reactions are central. Empathy, for which I sometimes find my own capacity blocked (a blockage I view as qi that is failing to flow as it should), is often a source of shame when its blockage causes me to overlook something that matters to others. And having a natural sense of shame, a good sense of morality and appropriateness, is essential to Confucian virtue ethics as one of the most basic things to cultivate. And basic it is, for Mencius says (tr. Bloom, ed. Ivanhoe),

There are natural emotions to feel, and the point of refinement is to cultivate these. What nature provides, civilization develops. For such things are not invented out of thin air and foisted upon men to be kept as laws against nature. There are, we may say, right things to feel, and not to feel them is inhuman and unnatural. Perhaps this is what Christians in America are lacking: the sense that there are right and wrong things to feel, and that developing the right feelings – religious affections, Jonathan Edwards would call them – is an integral part of becoming holy. ‘Love is the chief of the affections, and as it were the fountain of them.’ But if learning to love God is hard work, and worship is the ordered expression of this natural love, then of course worship itself is hard work, a discipline. How could it be otherwise? The sage loves what is lovely, because his taste has been refined and his palate has forsaken what is unwholesome; but no man is such a sage until the Holy Ghost, through practice guided by ritual, has changed what he loves. Thus, says Xunzi (tr. Knoblock), ‘if there is no dark and dogged will, there will be no bright and shining clarity; if there is no dull and determined effort, there will be no brilliant and glorious achievement.’ But the result of such cultivation is a vast, flowing qi. Mencius says,

It is difficult to put into words. This qi is consummately great and consummately strong. If one nourishes it with uprightness and does not injure it, it will fill the space between Heaven and earth. This qi is the companion of rightness and the Way, in the absence of which, it starves. It is born from an accumulation of rightness rather than appropriated through an isolated display. If one’s actions cause the mind to be disquieted, it starves. I therefore said that Gaozi did not understand rightness because he regarded it as external.

God has made us for holiness and gives us moral power by the Holy Spirit, but this power does not fill us but by constant practice in ritual and meditation and practice of righteousness. When the Holy Ghost is grieved, the spirit starves.

So worshipping rightly is hard work. It requires cultivation of the mind in the ways of God. This worship is given civilized form when it has a rational order in concord with nature, and it teaches the mind right things when the mind is ready to learn. Such a mind is well disposed to receive instruction, to learn and submit to what it sees and hears after the example of its teachers.

We need not regard affective responses, but they need to be rightly ordered, and this they will not do untutored. Whatever we can do to redirect our emotions away from the pressure to have intense experiences, and toward the word of God, let us use it. Let us encourage congregations to meet with God in the part they themselves take in crying out to God and singing his praises in the language of Zion. Let us put our musicians in west galleries, behind the other worshippers, that all may look upon the Lord’s Table, which represents his mercy-seat, and (if possible) upon other holy images: the Creed, the Ten Commandments, and the Lord’s Prayer. 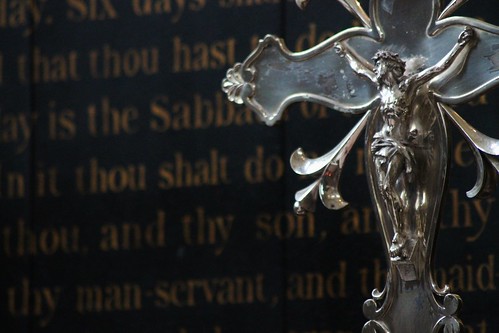 Behind most of the congregation can be the west gallery with the choir and (if there be any) the organ, and these will support the people in their priestly work as they look upon the words by which they understand God’s covenant. By the Creed they understand the three persons of the holy Trinity and the acts of this God in history; by the Ten Commandments they understand that lives of lawful obedience are the fruit of the Holy Spirit; by the Lord’s Prayer they understand that they are every day and every moment dependent on this God they now worship. All three of these are texts that help make intelligible the image of the Lord’s Supper, and so that service begins with the Lord’s Prayer, continues with the Ten Commandments read right after the Collect for Purity, and has the (Nicene) Creed recited immediately after the Gospel reading. So every one of these three elements, besides having been learnt in the Catechism, also appears in the Holy Communion service itself. And these are the texts to appear in full view right behind the Lord’s Table, not so much that the people may read – for they can hardly read every word without squinting – as that their memories may be recalled through the eyes. For what the eye passes over in a moment will call up what the heart has treasured up, and indeed the sacrament itself works through memory to both call and equip the worshipper to love the Lord. There find your affections, there your emotions bathed in the passion of Jesus Christ; and cast your eyes then upon the sacrament that with discipline gives us you the vast, flowing qi of the Son, which is the Holy Spirit.

There let me rest, Almighty God, in thy bosom, where God the Only-begotten is. 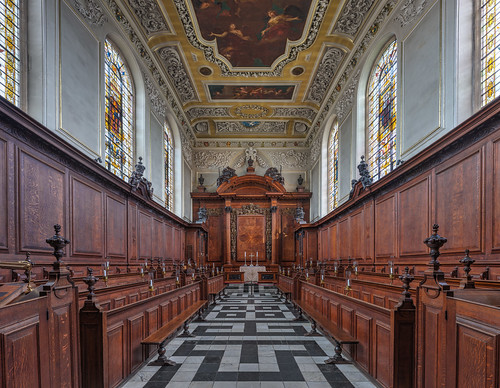 This entry was posted in Ritual and Cæremony and tagged BCP, Christian worship, confucianism, virtue ethics. Bookmark the permalink.