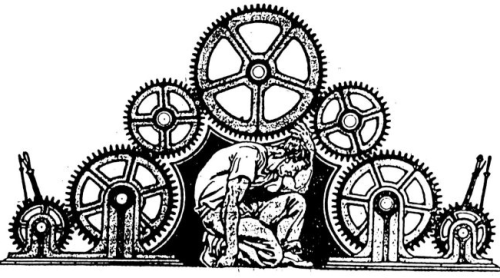 Karl Marx, in ‘Wages of Labour’, Economic and Philosophic Manuscripts of 1844, against the notion that a mere increase in wages is adequate or even ultimately useful to the worker:

‘The raising of wages excites in the worker the capitalist’s mania to get rich, which he, however, can only satisfy by the sacrifice of his mind and body. The raising of wages presupposes and entails the accumulation of capital, and thus sets the product of labour against the worker as something ever more alien to him. Similarly, the division of labour [which is increased by the accumulation of capital] renders him ever more one-sided and dependent, bringing with it the competition not only of men but also of machines. Since the worker has sunk to the level of a machine, he can be confronted by the machine as a competitor.’

Raising the worker’s wages has not given him greater power over his own work; instead, because of the other things a wage increase involves, it has only further alienated the worker from his work and its product. Thus, Marx says, Proudhon is wrong to regard æquality of wages as the goal of social revolution; instead, he goes on to say, the workers need to seize the means of production for themselves in order to take back their own work.

This entry was posted in Œconomics. Bookmark the permalink.

One response to “Mere Wage Increases Alienate the Worker”