A New Generation Poem for the Tsangs?

In many Chinese and Korean families, you see that the names of the sons of the same generation share a character, a generation name 班次. My ancestor of the Sòng dynasty, for example, Emperor Taìzōng, was named Zhào Kuāngyì 趙匡義; his older brother, Emperor Taìzŭ, was named Zhào Kuāngyìn 趙匡胤. Besides sharing the surname Zhào 趙, they had in common the generation name Kuāng 匡. Now, as Wikipedia explains,

The sequence of generation is typically prescribed and kept in record by a generation poem (bāncì lián 班次聯 or pàizì gē 派字歌 in Chinese) specific to each lineage. While it may have a mnemonic function, these poems can vary in length from around a dozen characters to hundreds of characters. Each successive character becomes the generation name for successive generations.

For the Sòng dynasty House of Zhào, the poem goes, 若夫，元德允克、令德宜崇、師古希孟、時順光宗、良友彥士、登汝必公、不惟世子、與善之從、伯仲叔季、承嗣由同。 The poem’s 42 characters were split into three groups of 14 for the offspring of Sòng Taìzŭ and his two brothers. As Emperor Taìzŭ set forth for the family (with older romanizations from the book quoted),

Together with the Prince of Chin, Kuang-i, and the Prince of Ch’in, Kuang-mei, we will constitute three branches. Each will establish fourteen characters [for generation names] in the Jade Register so as to distinguish the streams and give order to the [spirit] tablets. Although our posterity may be distant in time and in relationship, they will not lose their order.

According to this præscription, my grandfather had the character 善 in his name, as did all of his brothers. So it has been, for my mother’s family, since the 10th century of our Lord Jesus Christ; but my own clan, despite its descent from the Xià king Shàokāng 少康, has not had such a long and constant usage. 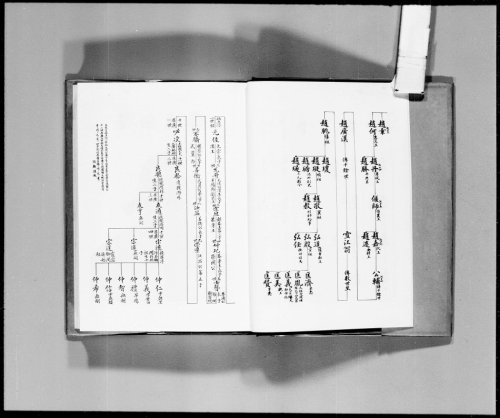 Of the generation poems used by those of the ancient House of 曾, there are so many (beware: Tripod page with popup adverts!), and of such diversity, that there clearly is nothing like a standard. What was once used by my branch of the family has been interrupted by the convulsions of the 20th century. Though we clearly maintain commonalities between brothers – my father’s generation having the character 國 and mine having 義, even for my cousin – these generation names have not at all been drawn from the poem formerly used. Instead, my father’s generation received an accent on the nation, and mine on righteousness. In each, of course, is an ethical orientation. Herein I see the makings of a new generation poem that has yet to be written. Since my grandfather was the seniormost Christian in the family (though his conversion was not the first), his name should be the one that heads the poem, and the poem can mark a new beginning by expressly giving glory to Christ the Saviour of the nations.

炳國義, and the rest is unwritten. But even here, with just three characters, we can see some order. My grandfather’s character 炳 ‘bright, luminous’ has the radical for fire, 火; my father’s character 國 ‘territory, nation’ clearly suggests earth; my character 義 ‘righteousness, justice’ is associated with metal. Thus we have gone from summer to the ripe season to autumn, and the next in the cycle of the five phases of matter and energy (wŭxíng) is winter and water. A cycle of five itself suggests lines of five characters each, whether four lines for 20 syllables or eight lines for 40. Numerologically, 40 can correspond to the days of rain and flooding in the time of Noah, or the years of Israel’s wandering until the faithless generation had died, or the days of Jesus’s fast in the wasteland to suffer the temptations of man; 20, however, is of no significance. But when the cycle of five has gone eight times, which makes an octave of a feast to the Lord, signifying the spiritual Eighth Day of the week, then shall we have the number of trigrams and the number of persons on Noah’s Ark and the number of the Beatitudes. Let the poem, the jìntĭshī 近體詩, be written thus.