In the Straits Settlements of Singapore, Penang, and Malacca, Chinese settlers have made their architectural mark; in the United States, this has not happened. As the Chinese become increasingly prominent in American life, I expect that our cultural contribution will increase, especially in California, where a third of Chinese Americans live. Fremont and similar cities, which are more than 15% East Asian, would be excellent places for architects to explore new ways of designing houses which were attuned to Chinese culture.

For Chinese folk, layout ideally will suit Chinese needs. A page might be taken from the way in which houses were laid out in ancient Rome, whose family culture was in some ways similar to that of the Chinese. Here is a basic Roman domus, or house:

And here is an extended layout that provides for two sets of bedrooms, one around the atrium (main hall) and the other around the peristyle (garden court):

In a Chinese household, the main hall would be the place where the ancestor cabinet and the home altar were kept, corresponding to the Roman lararium, at which the household gods used to be worshipped. Since I have already discussed how Christians might adapt these things, I shall pass over that matter here, saying only that a Christian family and a pagan family would each have its own way of using the space for worship. For both, however, the most fitting place for the altar would be opposite the entrance.

Besides the altar, the Roman atrium also had an impluvium, or rainwater basin, which gathered water from the sloping roof of the compluvium above. Though a distinctively Roman feature, it is not without parallel in Chinese practice. According to Ronald G. Knapp, in China’s Old Dwellings (Honolulu, Hawai‘i: Univ. of Hawai‘i Press, 2000), many an old southern Chinese house has a skywell (天井), which like an atrium lets light and air into the house. Like the Romans, the Chinese have often stored rainwater, though in large vats. Especially in the drought-prone Californian climate, keeping this water rather than allowing it to run off helps save precious drinking water. In the summer, says Knapp, the skywell itself also catches passing breezes and evacuates interior heat. If we are to prepare for scarce water and energy, these features are worth making available.

In a larger house with two sets of bedrooms, the bedrooms opening upon the main hall would be more suitable for guests, and the more private area in the back could be reserved for the family. This separation corresponds well to Chinese practice in a traditional house, which maintained a hierarchy of living spaces. But the back rooms, in many cases, would be better stacked on top of the rooms arranged around the main hall. Especially in California, space is often at a præmium, and the use of a second story allows for flexible garden space in the back, perhaps with herbs, vegetables, and clothes-lines. Though earthquakes have made one-story houses common, the Bay Area is not short on houses with two storeys. Either way, however, a usual separation of spaces fits well with the Chinese need for clear order. 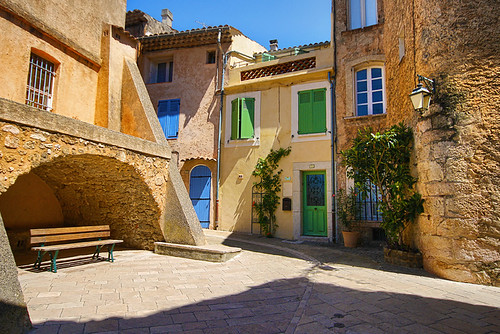 For a two-story façade, fitting construction and stylistic details might be found in the houses of Provence and other houses inspired by Provençal architecture. The look of Provence would fit well with the climate of some parts of the Bay Area, and in time architects could find ways to combine Provençal construction and colour with Chinese elements, as the folk of Penang have done with the cultures in their context.

Before the house, a front porch and a front yard could serve as the forecourt. Following Chinese tradition, the entrance into this forecourt, whether a gate or a simple opening in a hedge, would be placed to the southeast – that is, toward the right from the perspective of the street. 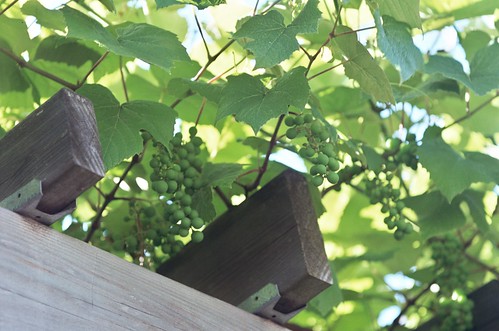 In keeping with the American tradition of the front porch – a tradition the folk at Front Porch Republic have stressed – the use of a soft forecourt affirms the republican tradition of bridging the privacy of individual persons and their families and the public good of the commonwealth. As Patrick J. Deneen says, ‘The porch, as a physical bridge between the private realm of the house and the public domain of the street and sidewalk, was the literal intermediate space between two worlds that have been increasingly separated in our time, and hence increasingly ungoverned in both forms.’ Thus a feature of Chinese architecture can be adapted to support, on American soil, both the life of our republic and every family’s need for fellowship with a society greater than itself, a society that at last embraces the entire human race. Especially when the Chinese are held to keep to ourselves and serve the kindred of the Chinese rather than the whole that is the United States – to care for the advancement of our own children in élite universities but not for the common interest – the semi-open forecourt is a place to prove that imputation wrong and to add Chinese strengths to the American republic. We are neighbours, and our use of the space can reflect that truth.

By bringing Chinese architecture into concourse with ancient Roman and modern American republicanism, I hope to have encouraged the cultivation of Chinese virtues in the American state and the inculcation of American habits in Chinese persons. As the Trimetric Classic says, 人之初，性本善，性相近，習相遠：Man has been created with a good nature; but though nature brings us together, as Aristotle also tells us, habit takes us apart. Hence, to integrate a large population of Chinese in the States and also to acclimate Americans to a world in which the Chinese must be known is a greater task than simply setting up Chinese shops for commerce and putting up Chinese folk in American tract houses, even in the prosperous Silicon Valley. We need the gifts God has providentially developed to be formed into a cohærent whole, and we need the gifts of architects who will understand the task and apply their skill to it.

One response to “For Chinese-Californian Domestic Architecture”